There have always been cats, their presence for me is familial, inextricably linked to a sense of home. I cannot remember a time before cats, even in the brief space of years between birth and memory there are images of a cat, caught in grainy black and white photographs and Kodachrome slides, a cat whose escapades are as familiar to me as recollections. This is Snowy, the first cat, the work cat, the half stray ravaged thing with his scars and his battered ears and his permanently grubby fur.

Snowy was a legend to me. He was also the reason that I should hate cats. The thin thread like chin scar I have to this day, even if it’s only partially visible in the brightest of sun, was Snowy’s doing. He was a wild one, I was told, but it is apparent from those images. Battle scarred and grubby, pictured halfway up walls, balancing on drain pipes, rubbing against the chimney of the old tenement flat my parents lived in before there was me. This wasn’t a lap cat but a warrior, and my dad when he was living would speak with something close to pride about Snowy’s shady origins, his lack of loyalty, and above all those rare moments of grace bestowed when he decided to demonstrate a smidgeon of affection to my adoring parents.

We don’t know how he died, or when, or if he just found somewhere else to go for food, but he vanished as unexpectedly as he had arrived. My parents got a dog, had me, adopted several other cats without ever really trying to, and a couple of decades passed by.

When I left University I had cats of my own. It seemed a grown-up thing to do, a rite of passage marking my assumption of responsibility. But I was also lonely. Living in a strange town where I knew no one at all, comforted by the gentle purring, their demands for food, arriving after work to a house where things lived and which started being home instead of my flat because of it. I worked abroad and gave custody of my three cats Pandora, Tabbitha and Houdini to my parents, then didn’t have the heart to take them back again. Pandora, a jet black stray I had taken from a shelter when no one else would because she was aloof and no longer a kitten, would not let my father out of her sight. Her independence was extinguished by love for him. She had never so much as sat on my lap, but she slept on my dad’s bed, curled up on him when he was reading.

I married and found out I could not have children not long afterwards. Both inveterate cat lovers, my husband and I decided to adopt a cat. But we didn’t have a proper garden and we were turned down by every rescue shelter we approached. Through Facebook we met a woman who rescued unwanted, imperfect pedigree cats. There was something close to serendipity in our meeting. I felt defective myself, unfit for purpose, a sterile useless thing, and I took the Bengal cat to my heart, because, although he looked more physically striking than any cat I had ever owned, he too had been declared not up to the task he had been bred for.

Ivanhoe was shocking in his beauty, ceaselessly demanding, vocal and interactive, he attached himself to our slightly ramshackle lives and when we moved to the Middle East came with us in a Sherpa bag without complaint.

Ivanhoe’s presence seemed to act as an unspoken signal. Within days we were haunted by street cats. A heavily pregnant tortoiseshell we named Gypsy, a ginger boy we called Brutus, a scruffy white stray I fancifully called Launcelot, who looked like the ghost of Snowy, the incarnation of those faded images from my unremembered infancy. Launcelot was not a well cat, so we took him to a vet to find that he was dying. He would walk around the compound on our heels, more dog than cat, and wait on our steps for us, not just for food; he’d even leave a bowl of food to follow us.

The compound was a new one, all concrete and sand, a construction site filled with workmen from Nepal and India who lived in slums hidden on the edge of Doha and earned a pittance. My husband carried cans of coke out to them on sweltering days where even walking to the car made you feel you couldn’t breathe and a neighbour told him off for that small act of kindness. We never understood why, beyond the implicit racist hierarchy that ran through Doha like a vein filled with shit. The only common air-conditioned space was a big room often overrun by children who disliked the stray cats and would catch and torture them. We caught two boys abusing Lancelot and screamed at them, only to have their mother appear and shout at us that it was obvious I didn’t have children, otherwise I would have known that it was just how children were. Her words stung, but I held my ground. Our pyrrhic victory. The next day Lancelot was gone. Our workmen told dark tales of cats and dogs abandoned in the desert without food or water, miles and miles from the city. Not killed because that would be irreligious, but left there so that God might save them if he so wished.

Gypsy had five kittens and we took them all into our University accommodation villa and tended them till they were old enough to be rehomed with my students from the University. Brutus died, was killed by a car, and in his honour we named one of the kittens who was also a ginger after him. The first time I was ever welcomed into a Qatari house was because we took a kitten to be adopted there, the second time was because one of the students I had given two kittens to spoke to her parents, who invited us for dinner. Other people bonded over their children, the experience of the schools in Doha, the difficulties of raising a family in an alien culture. We rescued cats and made friends by finding homes for them. In the compound the builders called me the cat lady. I didn’t mind at all. My husband tried to grow flowers on the rectangle of sand at the back of our house and became the Garden man. They were affectionate terms in a social sphere where I was far more commonly the poor woman without children, the woman with the kind husband who hadn’t taken a new wife.

Neither of us had become accustomed to our childless state, perhaps we even had some vestige of hope still, despite the medical pronouncements on the fallibility of my body. Some days were sad, weighed down with the weight of a future that seemed so much less bright than it had one or two years before. On one such afternoon, tired of the continual traffic jams and of trying to be polite to each other when we were both restless and unhappy, we drove into a supermarket car park. I was tearful. A doctor had told me earlier in the day that my hormone count was more like someone in their seventies than someone in their thirties. My mind replayed his pronouncement over and over in my head. I couldn’t think of anything else. There, outside Carrefour, between the cars was a tiny, scrawny, half dead kitten with a voice that somehow, incongruously, filled the air. A woman was dragging her toddler away from it, saying firmly that it was diseased, he mustn’t touch. The child wailed, the kitten got louder. ‘Alan,’ I said, all dissent forgotten, suddenly juddered out of my misery loop. ‘Let’s take it, at worst we can give it to that woman who has all the cats on the edge of town.’

We put her in the car, called my mum to tell her we had yet another cat, told her we couldn’t say what colour she was because she had a bit of everything, black, white brown, ginger, tortoiseshell, and my mum said you must call her Confetti.

Naming a cat is never a good thing to do if you intend to part with it, but we had and so we did not.

I could not settle. In three years we went from Qatar to Spain to Italy, taking Ivanhoe, Confetti and Brutus Junior with us. We left them in a cattery to attend one of my dearest friend’s funerals back in London and when we returned I held Ivanhoe while he was put to sleep. His kidneys had never been strong.

When we returned home to the UK, we had lost one of my dearest friends, the last hope of children with the advent of an early menopause and our first cat together, but we brought Brutus and Confetti, survivors like ourselves. After a couple of years they were joined by another rescue Bengal, a snow, with cerulean eyes, that we named Iona, a miracle cat, it turned out. She fell ill with failed kidneys and the Queen Mother Hospital said had she been older they would have put her down, but she was only two then, and maybe she could live six months more since she seemed to have adjusted so well to such a diminished function. That was years ago. She’s been in and out the hospital a couple of times. Each time we think we will have to put her down, each time the staff greet her by name and call us after a few days to tell us our miracle cat is recovering again and do we want to take her home? She doesn’t like to eat when she’s in hospital.

Five more years pass. We are finally resigned to our state. But a legacy of sorts remains. Confetti, older, sedate and very graceful still, poised and posing with her single leg stretched high. My husband’s cat. Not mine. She never took to me. But ours too because her presence is inextricably tied to that mewling kitten she once was, the needy creature who took us out of our own grieving.

And Iona. My cat. Not my husband’s. She won’t even come when he calls her, even if he makes the sound of treats rustling, even if he opens the butter tub. She waits, as if he is invisible, unheard. Yet she always comes for me. But in another way she too belongs to both of us; she was my gift in my darkest time. It is as if she knows.

Only Brutus is really shared. Brutus, with his single canine tooth and rictus grin, his other front tooth and much of his early Doha independence taken by a car who didn’t stop even though they knew they had hit him. The cat who came during our sorrow, the one we nurtured and brought up through it, beyond it. The cat who comes for both of us, or neither, on certain days. The one that made both of us cry out that day. The late afternoon when the kind people who had seen the car hit him, slow down, then speed up and leave him, called the number on his tag to see how we could save him. ‘Not Brutus,’ we said, not Brutus.’ As if anything would be better than that.

They remain with us, all three, in a home we have finally made that fits them. Living mementos. Rescuing cats as much as rescued. 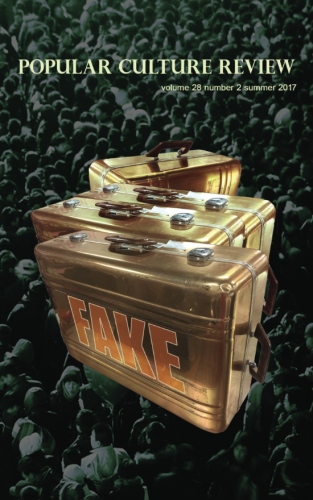 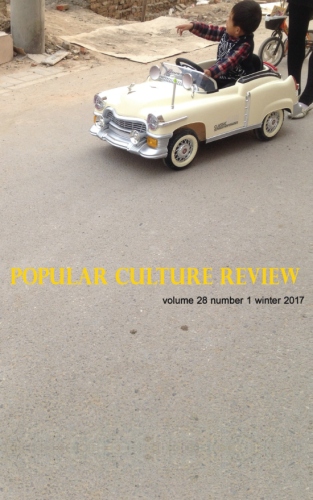